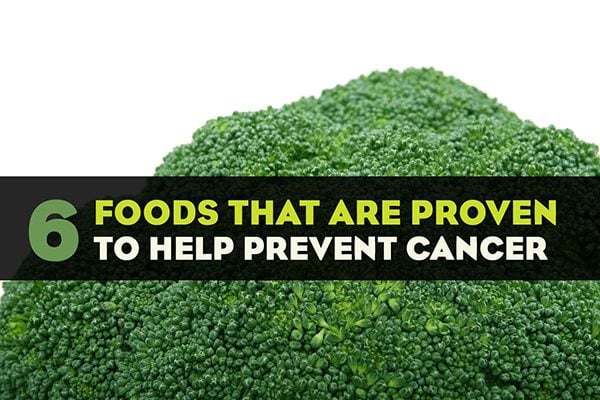 Filip Gjorgoski who owns Hausmittel gegen angina reached out to me to share 6 foods that are proven by research to help prevent cancer. Thanks Filip for this awesome piece.

Statistics show one in every three people will get cancer in their lifetime. However with a healthy lifestyle scientists and nutritionist claim that cancer can be prevented.

Avoiding everything we know that has a carcinogenic effect like: smoking, junk food, excessive sun exposure, can significantly lower the risk.

Some experts say that diet plays a huge role in this and boosting our immunity with a healthy nutrition can reduce the risk of cancer by 75%.

Although the anticarcinogenic effect varies in different food, properly balanced diet is a key in preventing cancer.

The most common recommendations are: 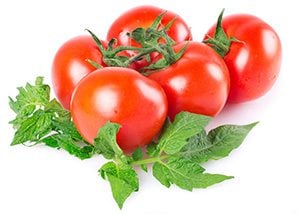 Other foods that contain a high concentrations of terpenes are usually herbs such as rosemary, timijan, oregano, basil and mint. [1]

In a number of studies scientists confirmed that lycopene can help men protect from prostate cancer as well as reduce the risk of stomach, breast and skin cancer.

Lycopene may also slow down the growth and spread of prostate cancer in individuals already suffering from the disease. Men who consume 10 tomatoes a week have a 45% lower chance of developing prostate cancer. [2]

Together with other green vegetables, such as cabbage and kale, broccoli contains potent anti-carcinogenic molecules.

According to many clinical studies, only 100 grams of broccoli per day reduces the risk of cancer significantly.

It contains high amounts of vitamins A, C and E which are all important antioxidants.

Broccoli slows down the process of cell damage done by the free radicals that lead to aging and occurrence of various chronic diseases, like cancer.

This vegetable contains almost twice as much vitamin C than oranges, therefor boosts the immune system a lot more than most foods.

A Japanese study found that consuming 70 grams of broccoli per day for two months may protect against gastritis and gastric cancer. [3]

Arguably the most eminent nutrient that fresh broccoli has is a compound called sulforaphane.

Sulforaphane is a sulfur compound with anti-inflammatory and anti-cancer properties that is proven to kill cancer stem cells therefore slowing down tumor growth. [4] 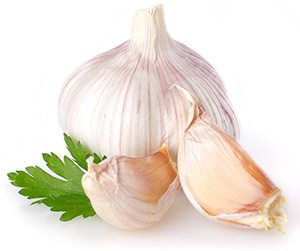 Garlic is one of the most popular medicinal vegetables. Despite its strong and, for some, unpleasant smell, garlic has long been used as an alternative treatment for many conditions.

The results from a large clinical study, which examined around 50,000 women from Iowa (USA), aged 55 to 69, showed that the women who were eating more garlic had a 50% lower risk of colon cancer than the ones who were consuming less.

Additionally, there are many studies that confirm that garlic helps fight breast, lung, kidney and prostate cancer. [5]

It contains about 200 biologically active compounds, many of which are more important in preventing diseases.

Examining the reasons for the longevity of a small Italian village residents , Campo di Mele, experts of the World Health Organization concluded that diet played a key role.

Namely, it reveals that the residents of this village eat a lot of whole grains bread with a lot of garlic and onions, goat milk and cheese. 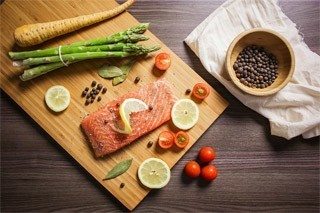 Fish rich in omega 3 fatty acids like salmon, mackerel, trout, herring, tuna, can slow down tumor growth. Studies have shown that eating these kind of fish twice a week may help beat cancer. 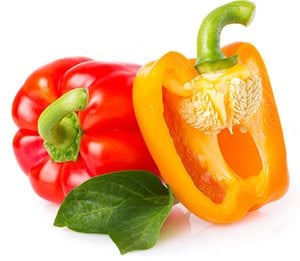 This powerful antioxidant helps our body strengthens the immune system.

Both very effective when fighting cancer, in fact hot chili peppers have been found to starve cancer cells from oxygen forcing them to self-destruct.  [6]

Along with carrots, beets and apricots, peppers are rich in carotenoids that help fight brain tumor.

Popular fruits such as lemons, oranges, mandarins, grapefruit and other are rich in vitamin C, flavonoids and terpenoids that stop inflammation.

The letter acts as an inhibitor of cancer cell’s growth and has powerful antioxidant effect, which protects cells from oxidative damage even better than vitamin C does.[7]

Food has the ability to either heal you or kill you.

The Top 10 common cancer causing foods that people are consuming on a daily you should avoid are: