It seems like everybody knows someone who has diabetes.

It could be a friend, relative or even an acquaintance. 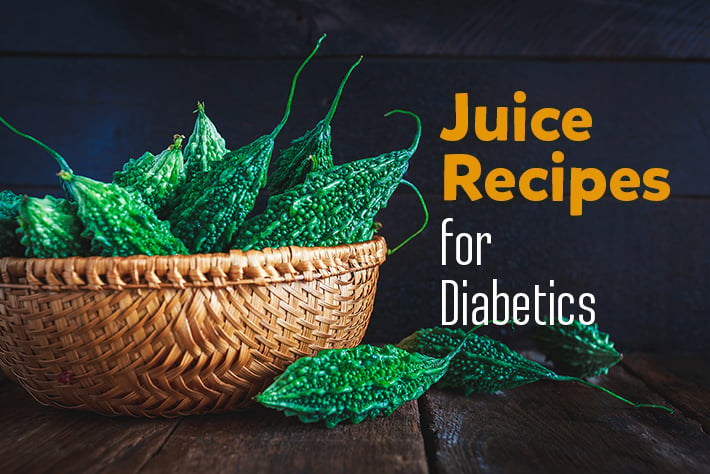 That isn’t surprising because diabetes is an epidemic.

In this article, I’ll briefly talk about diabetes, the causes and how you can potentially reverse this through juicing and the right diet.

If my father who is in his early seventies was able to do it you can too.

Disclaimer: These recipes (particularly the first one) are so potent (when combined with medication) that it can excessively lower down blood sugar level to dangerously low levels. Please do your due diligence and have a regular blood test to monitor blood glucose level. These recipes will work best with type-2 diabetes.

If you check out the statistics in Diabetes.org close to 30 million Americans have diabetes and that number is rising with around 1.7 million new cases per year.

As of 2014, over 347 million people worldwide have diabetes, if that number doesn’t scream epidemic I don’t know what will.

This is close to my heart because my father, brother and uncle have diabetes and if I’m not careful I might get it too.

If you want jump straight to the recipes, click here.

Diabetes is a condition where our bodies have elevated blood sugar levels because of two things – (1) the body does not produce insulin or (2) it does not respond well to insulin.

The first form of diabetes I described is type-1 diabetes, the 2nd which I’ll be talking about here is type-2 diabetes which accounts for 90 to 95% of diabetes cases.

We have to take this condition seriously because once you have it your whole life changes. Depending on the type of diabetes you have, you may either have to have oral medication, insulin shots or both.

Diabetes left undiagnosed is a silent killer because the symptoms don’t manifest until it’s too late.

That’s why it is important that we have our regular blood tests even if we are less than 30 years of age because this disease does not choose age.

It doesn’t matter the age, diabetes affects everybody young and old.

There are five factors that play a role in diabetes (two of which you cannot control).

First is an unhealthy lifestyle that includes a diet rich in processed sugar, carbohydrates and red meat. Modern living has brought us a lot of great innovations, unfortunately that includes fast food that is rich in preservatives and high in sugar.

So it is no surprise that people diagnosed with diabetes have had a meteoric rise in the past few decades.

The less processed the food is the better it is for your body.

For example brown rice or wild rice would be a better option than white rice because the later contains a lot of refined carbohydrates.

The latter has more fiber and complex carbohydrates. Having more fiber content means the gut has to digest. This prevents the body from producing lots of insulin.

In a study done by the American Physiological Society, lack of exercise lowers the body’s sensitive and/or responsiveness to insulin which is one of the causes of diabetes [source].

The second way of getting diabetes is hereditary. If any of your parents have diabetes, the greater chance you have getting this ailment so you have to be very careful when any of your folks have this ailment.

Watch what you eat closely because it won’t take a lot for your body to have elevated blood sugar levels.

Third, your ethnic background can also play a role. According to EveryDayHealth.com, Native Americans, African Americans, Hispanics and Asian Americans are more prone to diabetes but take note that lifestyle factors play a big role like the food they eat, culture, etc.

Japanese have the healthiest diet

In contrast to the list above, the Japanese probably have the healthiest diet in the world. Only 4 percent of the population are overweight and if you look closely at what they eat it’s easy to figure out why.

A traditional Japanese dish often starts off with miso soup then followed with a low calorie and high fiber mix of vegetables, fish and seafood. To wash things down, they drink a hot cup of tea instead of a cold soda.

Okinawans have a saying “Hara hachi bu” or eat until you’re 80 percent full so it’s no surprise that there aren’t many overweight Okinawans and they live longer.

In the Philippines where I live, we have a rich and diverse culture and that includes food. Unfortunately a lot of the a lot restaurants here serve foods that are rich in fat, carbohydrates and sugar, if you’re not careful you can get high cholesterol and diabetes over time.

Age is also a big factor. The older you are, the higher the risk you have to develop this condition. My dad who lived through the second world war and didn’t eat junk food or tasted fast food until he was in his 40s or 50s. And despite all this he still has type-2 diabetes.

In order to avoid diabetes, we have to watch what we eat. It would be best to avoid processed sugar, saturated fat and meat.

Instead of eating fried food rich in saturated fat, why not steam or grill instead? And instead of drinking store bought rich in processed sugar, why not make our own?

It’s okay to eat chocolate cake or steak on occasion but we have to limit it to the absolute minimum.

Father time is undefeated and if we aren’t careful in this area we are increasing our risk of acquiring this condition.

Yes even if you’re in your 20’s (or younger), you will have to eat everything in moderation.

How to prevent diabetes?

With the right diet and enough exercise, diabetes can be prevented.

According to Harvard School of Public Health you need to do 5 things:

First you need to control your weight. Being overweight increases the risk 7 times!

Second you need to get off that lazy boy and increase your physical activity. Not only does exercise improve your muscles’ ability to use insulin and absorb glucose. It also helps you sweat and lose weight by building muscle and reducing fat inside the body.

2. Get off the freakin’ couch and exercise

Even with a simply brisk walk 30 minutes a day lessens the chance of developing type 2 diabetes by 30% [source]! Of course a more intense exercise regimen will reap more benefits, choose a workout program that will suit your fitness level.

3. Watch what you eat

This is the toughest because of the availability and convenience of fast food. It seems like there’s a fast food establishment in every corner where I live and this is temptation that we have to live with every day.

Even “healthy” foods that claim to be “sugar free” aren’t really healthy.

In order to eat healthy, you have to do the following

2. Avoid drinks rich in sugar, yes that includes Gatorade and other “fortified” drinks. These beverages are rich in sugar and drinking one or more servings of it per day increased the risk by 83 percent [source].

These include fresh fruit juices extracted from a juicer. Even if fresh fruit is better than processed sugar, you have to remember without fiber to slow down absorption, it will cause spikes in blood glucose levels.

Unused glucose becomes fat so I think it’s good incentive to avoid it.

Eat more “good fat” that bad fat. Examples of good fat include fish oil, avocado, vegetable oil, nuts and seeds. Bad fat are fond in fast food and chips. When buying baked products, you have to look at the ingredient list and make sure it doesn’t have “partially hydrogenated vegetable oil”.

Limit consumption of red meat and processed meat. The former includes beef, lamb and port and the latter includes bacon, hotdog and deli meats. Eating even eating a small amount of steak per day (around 3 ounces) increase risk of diabetes by 20 percent! If you eat smaller amount of processed red per day (e.g. 2 strips of bacon) increases the risk by 51 percent! [source]

3. You need to quit smoking (if you are a smoker) because you increase your chances of getting diabetes by 50% just by puffing a cigar. [source]

4. Lastly, drinking a glass or two of alcohol per day can improve the efficiency of insulin in terms of glucose absorption by cells. Take note that moderation is the key as drinking too much can have the opposite effect. [source]

Recipes for diabetics (or people with pre-diabetes)

One common ingredient found in most of the recipes here is bitter melon and for good reason.

NYU Langone medical center says that bitter melon is so potent that when combined with medication may reduce blood sugar too much that it can fall to dangerously low levels.

That’s the good news.  The bad news is taste – bitter melon is the most bitter of all fruits and vegetables.

These recipes I’ll share with you will range from very bitter to less bitter. Most of the ingredients added is there to dilute the strong flavor. If you have type-2 diabetes then stick with the first few recipes and avoid recipes with too much fruit in it.

Experts say that you should avoid eating more than 2 bitter gourds per day. Also if you are pregnant avoid drinking these because it might trigger premature contraction and bleeding which may result to a miscarriage.

This is the most concentrated form and it is very bitter but it is very potent.

Both the cucumber and lemon will dilute the strong bitter flavor of the 2 large bitter melons. But you will still feel the bitterness of this drink as you chug it down.

If you don’t want pure bitter melon this is a good alternative.

If the “blood sugar busting diuretic” is too strong then try this recipe. Both are similar and the only difference would be the Fuji apple.

I love using these types of apples because they are firm and have a lot of juice. But limit it to just one because we don’t want to add to much fructose into this drink.

If you prefer to use green apple that’s alright because it’s purpose is only to dilute bitterness and add flavor to this drink.

Where to buy bitter melon?

I’ve received a number of people asking me where to buy this fruit. Remember that this fruit comes from Asian countries with tropical weather all year round so the best place this is in Asian stores.

My in-laws live in Seattle so if I wanted to buy this whenever I come here I’d go to an Asian store like Ranch. If you live in a different state, you can google “Asian store near me” and it’ll give you a list of stores near your area.

Let me know in the comments section when you’ve tried any of these recipes. Or if you have your own recipe just let me know. If you are looking for some diabetic friendly recipes, check out these mouth watering recipes from Neeva.